The execution of these plans includes an agreement with WB, the province and the Squamish and Lil’wat First Nations, whose traditional territory is home to resort operations, and offers the resort the first steps they needed to make significant investments into WB facilities. That includes the $345-million, three-phase Renaissance project that WB announced last year.

“Today’s agreement is a partnership that will provide significant benefits for all of our communities,” said Dave Brownlie, WB’s chief operating officer during an event announcing the deal, held at the Squamish Lil’wat Cultural Centre.

The agreements will see the Squamish and Lil’Wat Nations not only recognized as traditional landowners but also revenue-sharing partners and consultants on the receiving end of enhanced cultural protections increased employment opportunities and job training.

There will also be educational and recreation opportunities for First Nations youth.

“It was a journey. I would say what was so great… was that every time we maybe hit a crossroads it was the ability to pick up the phone and get a meeting and have a discussion, open the dialogue and ultimately figure out a path forward. That was so positive, and again, certainly with both Nations, very open. They were very passionate about this,” said Brownlie following the announcement.

“This is really about the long-term future, but it definitely sets the stage for the investment that we need to make to continue to be the premier mountain resort in the world. Whether it’s the Renaissance project or other things, it definitely allows us to start moving forward. We’re going to step back, take a look around and work with the Nations, work with the province on our next steps, but it definitely gives us that certainty and that confidence.”

Lil’wat Nation Chief Dean Nelson called the signing of the deal “a relief,” adding that despite eight years of negotiations, he didn’t foresee the deal coming together so quickly.

“All along there were different things, the needs of different parties that come into play… I feel really good about this,” said Nelson of the agreement. “We’ve had people say it is time to stop saying no to these agreements. It never really got us anywhere before, really. We need funding, it’s come to that age where we really need our own source of revenue.”

For many members of the Sea to Sky’s First Nations communities, this agreement also means increased access to their traditional territory — access that has not always existed.

“We have elders here today who grew up in Whistler and were removed as children,” wrote Lil’wat Coun. Rosemary Stager, who led negotiations for Lil’wat, in a statement. “We are happy that these agreements give our children the opportunity to enjoy their traditional territory as so many fellow Canadians and tourists do and to also participate and benefit from the economic benefits it generates, as it always should have been. This is a story about what truth and reconciliation could look like, it’s a step in the right direction for everyone involved.”
© Copyright 2017 Whistler Question 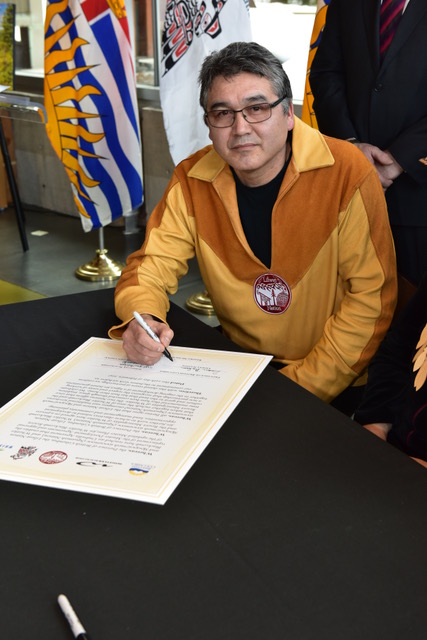 Lílwat Nation staff and council members at the MDA signing on Friday, February 24, 2017 at the SLCC. 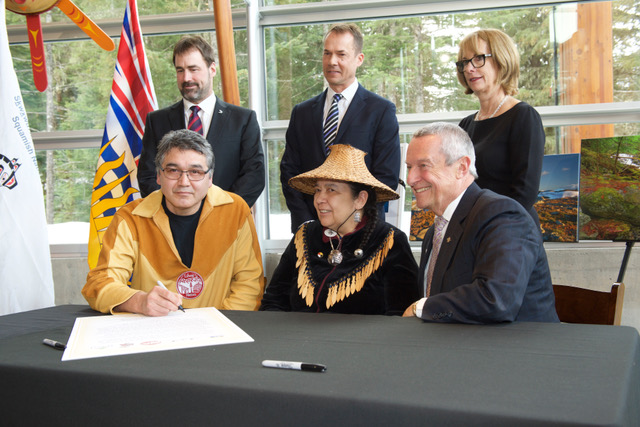 Representatives from the five organizations that have committed to working together in the future development of Whistler Backcomb. 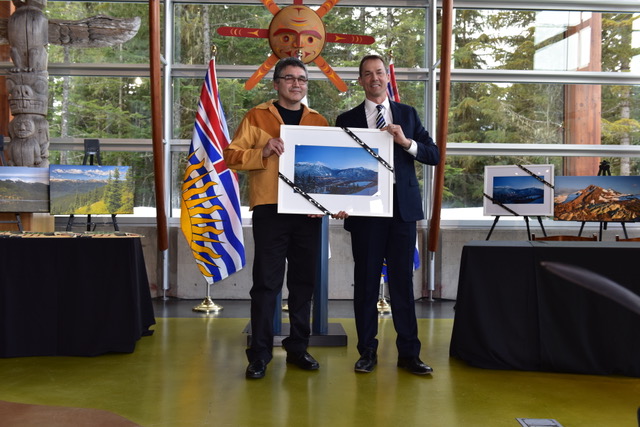 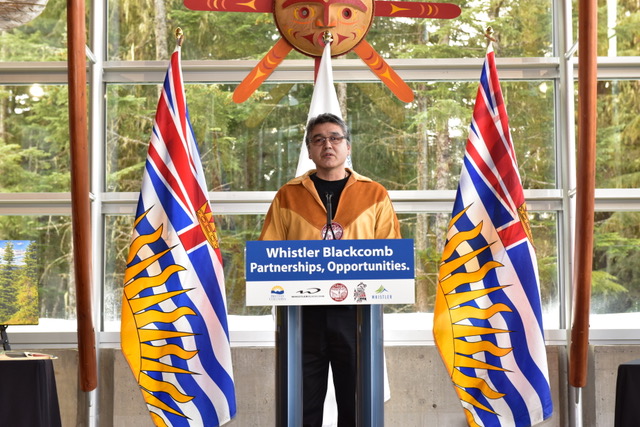 Chief Dean Nelson makes an impassioned speech from the podium. 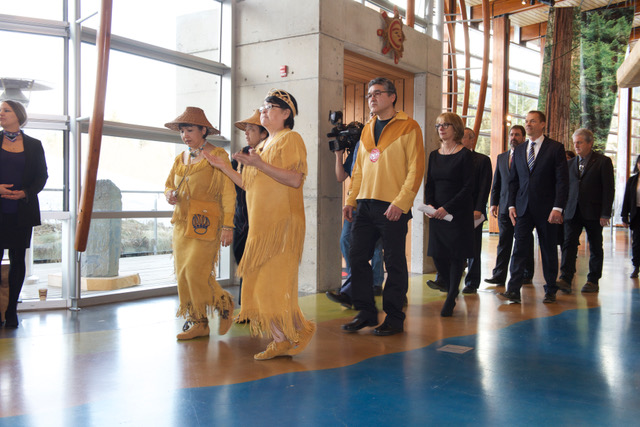 Councillors Maxine Bruce (left) and Lois Joseph, who attended in their capacity as holders of Lílwat Nation Economic Development portfolio, lead the procession into the SLCC.