Lílwat celebrates the signing of MDAs on Whistler Mountain

Home/Announcements, News/Lílwat celebrates the signing of MDAs on Whistler Mountain
Previous Next

Lílwat celebrates the signing of MDAs on Whistler Mountain 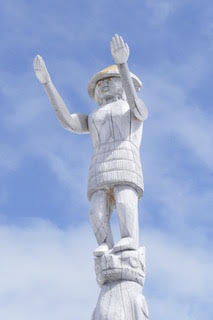 The drumming that brought out the sun on Whistler Mountain at the MDA signing celebration, Sunday, April 9, 2017.

While the agreements were signed at the end February at a small ceremony at the Squamish Líl̓wat Culture Centre, Líl̓wat council felt it was essential to have a celebration on Whistler Mountain, part of the Nation’s Traditional Territory. 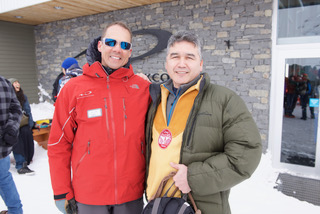 Chiefs, council members, and key staff involved in the Master Development Agreement negotiations, a process that took and their guests gathered in the early afternoon at the welcome figure on Whistler Mountain.

The MDA signing was historic, as it recognizes Lilwat’s unceded Traditional Territory and secures long-term economic, social and recreational opportunities for the community. 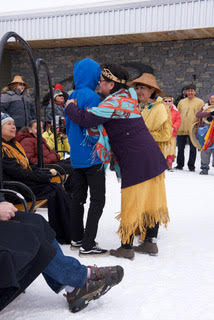 Ma̓maya Councillor Lois Joseph embraces Falcon Edmonds as Lhpatq Councillor Maxine Joseph Bruce looks on. Falcon was one of the two local youth chosen as witnesses for the event. 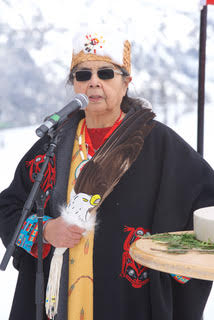 Sunday’s celebration featured drumming and singing, with Councillor Martina Pierre led the assembled dignitaries in the Bear Dance, a song that originates from the Lil̓wat7úl experience of the area. MLA Jordan Sturdy, RMOW Mayor Nancy Wilhelm-Morden, and WB CEO Dave Brownlie were all called on to participate.

After the ceremony, celebrants moved into the Roundhouse to enjoy a meal together. 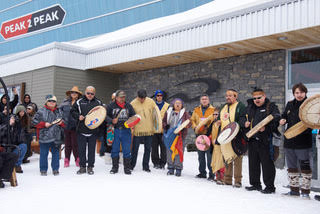 The drumming that brought out the sun on Whistler Mountain at the MDA signing celebration, Sunday, April 9, 2017.

Many skiers and snowboarders who saw the ceremony take place noted that it was amazing to see the sun come out when the drumming started. It was a memorable, beautiful and rewarding day for everyone that participated.

The welcome figure on Whistler Mountain was the perfect gathering place to celebrate the historic agreement that will benefit all partners for the next 60 years.